This product is crafted from a premium polyester and spandex blend, making it both comfortable and durable. Each panel is individually printed, cut and sewn to ensure a flawless graphic with no imperfections. And high definition printing makes these a pleasure to wear for all occasions.

This product is crafted from a premium polyester and spandex blend, making it both comfortable and durable. Each panel is individually printed, cut and sewn to ensure a flawless graphic with no imperfections. And high definition printing makes these a pleasure to wear for all occasions.

These Hawaiian shirts are wonderful. The graphics are well laid out and the stitching is quality. Also, email communication with the company is excellent. With all of the patterns available, there is something for just about anyone. Great gift ideas! A+++++

I really enjoyed the shirt. The only feature that I wish that it had was a front pocket. I missed that fact when ordering. However I really like the color and material

looks great and exactly as described

The Hawaii car shirt is the talk among my friends.

My husband loves it! 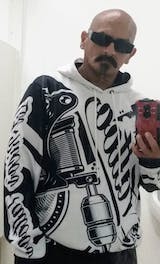 The shirt is FABULOUS. Although when I first ordered it, an incorrect shirt was sent to me. But to your credit, you immediately replaced the incorrect shirt with the correct one. I will be doing business with your company in the future.
Thank you
Marv.

shirt is incredibly comfortable and washes up nicely

such a nice and well made fun Christmas sweater- i love it!

It's nice but I don't like the left handed zipper.

The shirt is great, exactly as shown and fits perfectly.

Such a great fun and whimsy shirt. Purchased for an Xmas gift. I am sure it will be well received.

Purchased for a Christmas present. I am sure it will be well liked

Thank you I've been looking for years to find a button down shirt with Dragons . I purchased one of your shirts a month ago because in the past with other companies the sizes were always off, Your shirts are sized perfectly and the line-up on the images at the button line is exact. I now have 5 shirts for myself and plan on adding a few more for myself and a couple others for gifts. I hope you will add an express delivery at some point because as of now I don't think and order for the holidays will get here in time.. again.. thank you. 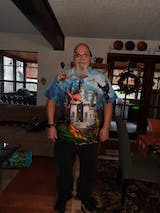 E
Doberman Pinscher Christmas Lights Shape Ornament - Owlsmatrix ORNA11TNH041021 Elizabeth. The Doberman ornament is very cute. this is a gift for my son. i think he will love it.
a great gift

Just as advertised, love it.

Just beautiful! I also have the jacket that matches. Just love them ❤️

The shirt fits great and is true to size. High quality fabric and construction.

Love the fact that after buttoning shirt the left half and right half patterns match up at seam, Shirt is light weight and cool, So far after coming out of dryer it’s iron free no wrinkles

This sunshade continues to get favorable comments every time my wife uses it.

I am one happy camper with my Mushroom Love masterpiece of a shirt. I recently wore it out on the strip in Vegas and boy, oh boy what a NIGHT! The compliments from people fucked up on drugs were numerous, with some wanting to buy my shirt so they could stare at it the entire time they were high. On three separate occasions, I got hit on by gay men. One of the times it was a couple and they wanted to make a psychedelic sandwich with me. Girls wanted their picture taken with me and I should have charged money considering the show girls do it; that and the first girl lifted my wallet so I could really use the money. It's probably the best shirt every attention desperate, middle aged man, high on some good Grand Daddy Purple can have. The higher I got, the better the shirt looked to me. When the wife and I got back to our room, all the attention I received wearing the shirt made her hornier than the brass section of a marching band. She rode me like a thoroughbred with nothing on, but that shirt! I can't thank you guys enough for allowing me the pleasure of owning this shirt! It's looks good, makes me look good, and get's me laid with the wife. A win, win, and WIN situation! Then walking the Strip at night in all that neon: talk about a fucking miracle of a sight for the high eyes to see! I walked into a great number of things because I couldn't stop watching the wonderful, full scale assault, of sheer, beautiful, color pouring into my bloodshot, red, stoned to the BeJesus Belt, eyes. One guy punched me in the face, but quickly apologized once looking at my shirt. The shirt is so damned bright, you have no trouble finding dried blood and it's very easy to give it a quick spot clean. The more I walked around the strip, the higher I was getting. Finally, the heat was getting to me so I took the shirt off and waved it like a psychedelic flag of glory and praised it's existence to all that would listen. It was at this point a dragon started to chase me, and low and behold, the fuckin' shirt even makes dragons bow their heads in acquiescence. It was then that I realized that I had probably spent the best $25 on anything in my entire life! I woke up the following morning wearing nothing but the shirt, euphorically drained, and thanking every god in the heavens I followed through with the spam ad OwlMatrix has on Facebook. I've included a photo of an instant that goes beyond coincidence, and be only Devine intervention. I was wearing the shirt and heading back to my room and I look to my left, and there is a guy standing there where the exact same shirt!! We quickly grabbed our cameras in disbelief and snapped evidence of the encounter. Thanks again owl-folk for my shirt, I look forward to buying more. You wouldn't happen to make crouch less women's underwear in any of those vibrantly colored images? 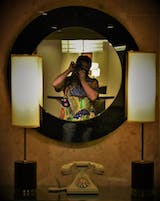 Love the shirt. Compliments every time I wear it 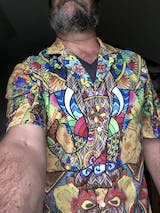